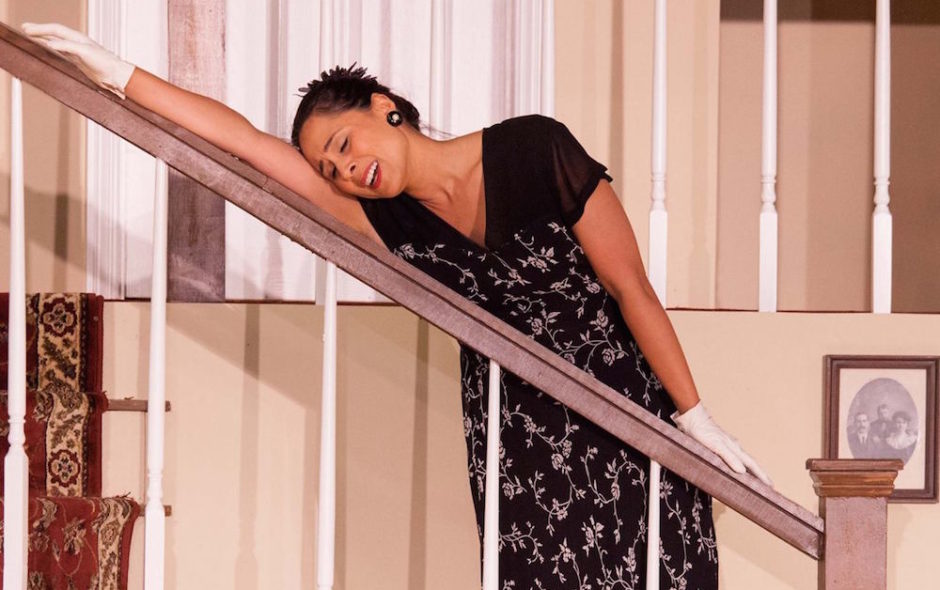 I’m in the middle of tech week and coming off of the Thanksgiving weekend, which means my schedule has been pretty hectic and I haven’t had much time for career. And no, I am not referring to some conference where the newest smartphone or VR device is being announced.

For those unfamiliar with theater, tech week is the period leading up to the opening of a play, so-called because it’s the time when we finally have all the technical aspects in place – lights, sounds, props, costumes, etc. It’s also the period when everyone inevitably freaks out and realizes, “oh shit, we’re opening in less than a week!”

And while my nights are filled with cue-to-cues, costume fittings and dress rehearsals, my days are filled with reviewing my lines, figuring out my hair and make-up and buying last-minute supplies for the show. So yeah, not much time on the career exploration front.

So, in honor of tech week and the impending opening of my new play, I’d like to talk about how acting — particularly stage acting — and how those techniques actually extend beyond the stage.

Can I list Stanislavski as one of my job references?

For years, I’ve reflected on the fact that I’ve been able to many of my skills as an actor and employ them in my day job, in many cases actually excel in those jobs because of them.

And as I look at the list of careers I am exploring, I can already see how my experience in theater will help me in those fields. Yes, there is the obvious — a comfort with public speaking; and I will admit that this skill has serve me well in the past (particularly in sales and training roles) and definitely transfers to many of the careers on my list.

But there are other skills you learn as an actor that can help in your day job:

When you take on a role, you aren’t just there to memorize lines and move about the stage. A lot of work goes into understanding your character. Where is she from? What was her family like? What happened to the character right before the start of this play? How would she react in a certain situation?

Even if it’s not explicitly explained by the playwright or laid out in the text, an actor will do a lot of work creating the character’s backstory and motivations. Essentially, this is theater-speak for putting ourselves in someone else’s shoes.

A good actor doesn’t just wait to speak. She listens and really takes in what her scene partner is saying and how they are saying it in order to inform how she will reply. Did your scene partner angrily yell that line to you? Well, then it probably doesn’t make sense to give a happy-go-lucky reply.

Listening is a vital skill in any client-facing or customer service role. When I was in advertising sales, I had a templated sales pitch, but I always adjusted that as I took in the potential client reactions: Were they delighted or skeptical? Were they interested in having a personal connection or did they just want the facts and figures?

Many of the careers on my list are client-facing careers: video producer, web developer, real estate agent, interior designer, major gifts officer. Being able to listen, and respond accordingly so that the client feels heard is what will help put me above the competition!

A big part of being an actor is taking your director’s vision for the character and story and translating that into your own performance. And I’m not just talking about following instructions – it’s not about someone telling you “move your hand this way and then turn your head to the left and say your line that way”. Well, some directors will actually work that way, but we’re just going to ignore them (and avoid working with them!).

I’m talking about understanding the big picture of what your director wants. Knowing the end goal. Picturing the desired final product. And then giving yourself the agency to dictate how you translate that and get there.

Ah yes, the unavoidable part of any actor’s life – rejection. This is definitely one of the hardest and most painful lessons but also one of the most powerful skills if you can master it.

You will not get every role you audition for. It doesn’t matter how talented you are. Because probably more than half of the time, not getting a role is less about your talent and more about the fact that you don’t fit the director’s specific vision for the role. And there’s not much you can do about that.

So, this is all about focusing on the things that you can control. Gleaning learning experiences even from the roles you don’t get. And accepting rejecting as a form of strengthening your resilience.

Whether I become a video producer and have to deal with a company opting for another production company or I become an interior designer and need to cope with not landing that big client, being able to accept rejection, learn from it, and move on will serve me well.

Ok, this last one is going to be a bit more metaphorical.

As a stage actor, you are always told to find your light! What does that mean? Well, much like it sounds, it means that the lighting designer has focused the lights to hit certain areas of the stage for your scene, and you as an actor, need to make sure you place yourself in said areas and not in the dark. However, much to the chagrin of the creative team, this seems to be difficult for some actors. (Yes, you theater techs are all snickering right now)

Finding your light is about feeling that warmth on your face, looking around you and making sure you’re in the brightest spot.