This past Sunday, my husband Ryan and I shot the first part of my DIY project video, featuring the handmade Christmas gifts we are making this year. Armed with the draft script and shot list I had put together earlier in the week, along with some basic equipment, we were ready to go!

Since this is my first video shoot running on my own, and it was just two of us working on it, I kept the equipment pretty simple. 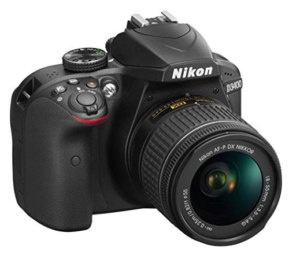 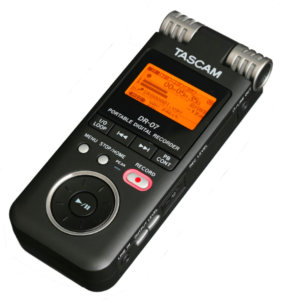 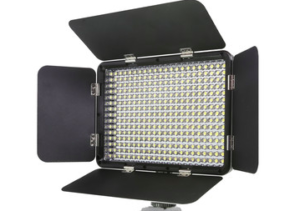 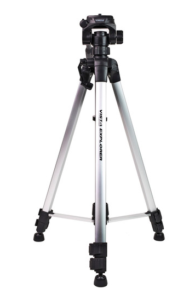 We started with an overhead shot, featuring all of the supplies needed for the project. As you can see, this definitely required a lot of Macguyver-ing, as we didn’t have an overhead camera support, so we had to attach the camera to the tripod and then secure the tripod legs to a ladder.

From there, we shot the actual steps of completing the DIY project. Ryan had done a prototype of the project and talked me through steps, which is how I was able to write the initial script and create my shot list. Once in the actual space, I had Ryan walk through the actual motion of each step in order to figure the best angle to shoot and to light the shot.

While the narration of the video will be a voiceover and can thus be recorded separately, I did want to capture sounds of the tools, so we also recorded sound for those shots.

This first project was a lot of fun. It definitely took longer than I expected, and we hit a few snags, but that all resulted in a lot of great lessons for my next video project

#1: Do a test project first

While I had a basic understanding of the steps in the DIY project before the video shoot, I wasn’t familiar with all the tools and how they worked. That meant setting up each shot took a long time, as I needed to first see the action and then decide on the best angle.

If I do future DIY videos, I’ll want to complete a test project before even writing the script so that I can prepare a more specific shot list and make the filming day go more quickly.

#2: Prioritize the video shoot (or accept that it will take longer)

The DIY project I’m featuring in this video is for actual Christmas gifts, and we are making ten of these items. So, obviously, that made the process longer because for each step, we worked on all ten. If I wanted to focus on just getting the video done, I could have gone through and made one item first and filmed that.

#3: Figure out where you can simplify

Another factor that slowed down the shooting process what that I was obsessing over all the details – getting exactly the right angle, setting the perfect lighting, trying to capture the sound of the tools, and getting multiple shots for certain actions to give myself options during the editing process.

It’s not necessarily a bad thing to care about those little details, but with this being my first video, I could have scaled back and really put my energy into one thing. Toward the end of our first shooting day, for example, we ended up ditching the Vidpro LED light and just used the existing environmental light. And I also scaled back on the amount of shots I captured per action.

#4: Embrace the things you didn’t plan for

No matter how much you prepare and how much you plan, something unexpected is bound to come up. Instead of beating yourself up over it, it’s better to just pivot and make the best out of it.

Our shooting day started off with one of these unexpected moments when I realized I left a key supply for the DIY project at home and we had to drive all the way back to get it, significantly delaying our start time. Instead of bemoaning my mistake and how much time I’d wasted, we actually decided to feature the mishap in our video, infusing a lot of humor and personality that I think was missing in the first draft.

I’m hoping to finish shooting by the end of the weekend. And then it’s on to editing, which I know is going to be a loooooooooong process because I have some pretty fun, but time-consuming, ideas of how I want to cut together the footage. I’ll definitely be able to use a lot of these learnings from the first day of shooting as I film the rest of the video. And my mind is already abuzz with even more video ideas!

Be sure to check back here for more updates on this video project. And if you missed it, you can go back and read Part 1 of this series, where I talk about writing the script and preparing my shot list.