A lot of this sabbatical has really been about changing the way I think — what matters most to me in life? What is my idea of success? What are my priorities?

It’s also been about freeing myself from thoughts that have held me back for so many years. Heck, it’s been about realizing these self-limiting thoughts even existed and how prevalent and consuming they were.

One bad mental habit that was particularly rampant: talking myself out of something before I even tried.

“If you tried to be an actor full time, you’d have to take shitty acting gigs just to make money and you’d end up hating it.”

“If you start your own business, you have to worry about your own insurance and are always hustling to make money. You’d be so busy dealing with that, you’d be miserable.”

“Only a small percentage of people actually make money doing that.”

“Oh, you have to have connections to break into that industry. There’s no use even trying.”

Changing the status quo is scary, so we give up before we even start something new or different.

But doing this sabbatical has forced me to have a brand new mindset and push myself to at least try things, even if I have my doubts. And this new way of thinking doesn’t have to be just about major life changes — it’s a philosophy that can permeate your everyday life.

Last month, I talked about co-writing a movie for the Four Points Film Project, a competition where you write, shoot and edit a film all in one weekend. All teams are given the same character, prop and line of dialogue that they need to incorporate into their films; however, each team is given different genre assignments.

We were assigned two genres to choose from: Coming of Age and Musical. Immediately, we eliminated Musical. It’s the dreaded genre that no team wants as it’s extremely difficult to try to write songs in this short time period.

But after a lot of ruminating and brainstorming, we just kept coming back to the genre. “Oh, I wish Musical wasn’t so impossible to do, we’d be able to do so much creative things with it!”  And then we realized, it didn’t hurt to at least explore some options and solutions. And soon enough — we were doing a musical! Sure, it meant staying up until 2 am writing lyrics and adding a whole new element — recording the songs — to our schedule on the day of the shoot.

In the end, though, it all came together in a funny, but poignant film.

And you know what? That film ended up winning the Best Use of Genre award!

And that’s not just best use of the genre Musical; it’s best use of any genre. Out of over 100 films and all the different genre assignments, the judges deemed that our team used our genre to its best potential. The genre that no one wants to do. The genre that was just going to be way too hard to use. The genre that we had almost given up on before we even tried.

And just like that, you realize that those little thoughts that hold you back are just that: thoughts. Not facts. They are pessimism’s dirty little lies masquerading as truths that prevent us from making the changes that we desperately need.

But you know the saying: it doesn’t hurt to try. Because even if it doesn’t turn out as you hoped, you probably learned something useful along that way.

And sometimes, it just works.

Presenting to you once again, winner of the Best Use of Genre — Four-Part Holiday: 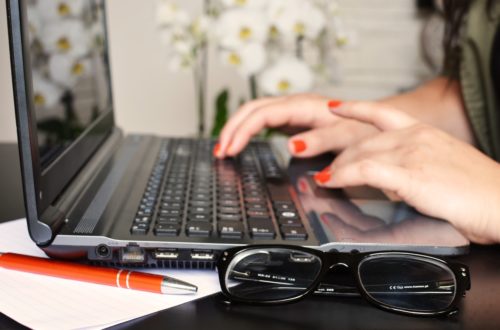