As a follow up to my last post, below are my answers to the self-reflection prompts from the An Inspired Life journal.

If my future self came to visit me today, I think she’d tell me to start:

My future self would probably tell me to start to proactively and seriously research ways to make a living through acting. It’s funny — despite the fact that it’s the one career I’ve dreamed about since I was a child, it almost didn’t make my list of careers to explore during this sabbatical. I think I had convinced myself long ago that there was no way I’d be able to get by as an actor, so I didn’t even dare pursuing it.

But one of the greatest benefits of my sabbatical has been how much more time and energy I’ve been able to dedicate to my craft and the quality I’ve been able to get out of my performances. And as I juggle so many projects during this time, I often find myself prioritizing and getting the most energy out of my acting. I’ve even had the chance to take on a little paid work. There are opportunities out there; I just need to more actively and diligently pursue them.

These are some of the most important mistakes I’ve made in my life:

I hate calling decisions in my life mistakes. Every decision I’ve made is what led me to where I am now. So, let’s call them tough lessons.

For lack of a better word, I would call going to grad school a mistake, mostly because I did it for the wrong reasons. I had wanted to live in New York, but I didn’t have the courage to just pick up and move out there on my own. Also, I graduating college and had absolutely no idea what I wanted to do next, so I figured going to grad school was a good way to delay entering the “real world”.

And my lack of passion for the path manifested itself in me not finishing the program and ultimately having a nervous breakdown (yes, I can finally admit that).

But although a very expensive mistake, that experience also pushed me to be more independent than I had ever been. I moved out there by myself. And I don’t just mean that I lived there by myself. I literally hopped off a plane by myself, rented a car and navigated the crazy New York streets to buy furniture and other supplies, and learned to get around this bustling city all on my own.

I learned what great art could be and how absolutely invigorating it can be to be surrounded by it. I learned how to be comfortable exploring on my own. And I learned more about what I did and didn’t like.

Sure if I could go back, I’d do things a little differently. But that doesn’t change that I got a lot out of that experience.

These are some old patterns and behaviors I’m beginning to question:

In previous posts, I’ve mentioned that one of the biggest habits I’ve questioned and tried to detach myself from is the propensity to talk myself out of things before I even try. This behavior has stopped me from pursuing so many things in the past. But my mantra during this sabbatical has been to try things against all odds, jump into the unknown and embrace the scary things.

Another pattern that I’ve begun to liberate myself from is my obsession with perfection. Actually, it was through the process of launching the podcast that I realized how much I’ve grown in this area.

Because of our limited time, we weren’t going to be able to launch the podcast with all of the bells and whistles that we had originally discussed. However, I quickly pivoted and was able to separate the “must haves” from the “nice-to-haves”. In the past, I would have beaten myself up about not launching the perfect product. But this time around, I was just proud that we had launched something, and I knew we could just iterate on the first version.

This is how I would describe the person I have chosen to become:

I would say that I’ve chosen to become a person that prioritizes creativity and artistic fulfillment. Also, when faced with the decision to do something and not, I will lean toward action, doing something. I opt for the new rather than the status quo.

I’ve also become one that has learned to appreciate the journey, not just the final destination. I appreciate detours as learning experiences. I see the value in trying and failing over never trying at all.

And I’ve chosen to become someone who is honest. Honest with myself and others about what I want and don’t want.

Here are some things I’m afraid of, but I want to try anyway:

I am a bit afraid of pursuing acting on a professional level because major imposter syndrome starts to set in. But if I don’t try, I’ll always wonder. And again, trying and failing is just fine!

I’m also a little afraid about the risk of starting my own business, but I want to try. The freedom and sense of ownership you get through entrepreneurship has long been calling my name. And a lot of the careers I’m exploring can be entrepreneurial in nature. I have a few ideas for businesses that I could get off the ground (even if it’s just a part-time thing), so what am I waiting for?

How would you answer these prompts? Feel free to share in the comments section! 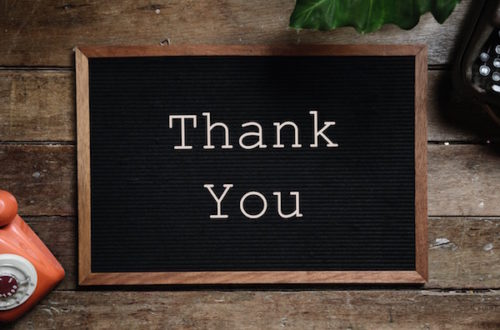