For the past few weeks, I had been having doubts about pursuing interior design. My class assignments had become something to just get done rather than something I was excited about tackling. And I found myself prioritizing other creative pursuits such as theater and the podcast over interior design.

But I became reinvigorated with this path after listening to a guest speaker in last week’s class. Gloria Carlson is a senior designer at Harrell Remodeling and a graduate of Cañada College’s interior design program. And much like many of the students in my classes, she didn’t enter the field until later in life.

It all started when she was 40 years old and decided to remodel her kitchen. She worked with a contractor to execute the work, of course, but most of the design decisions fell to her. She enjoyed the process so much that afterwards, she asked the contractor if she could work for him part time to get more experience in the field.

Gloria’s work with the contractor consisted of mostly project management, but she also had the opportunity to help clients make design choices. It was during this time that she decided to take some interior design courses at Cañada College. Her original motivation was to increase her knowledge to help her in her position with the contractor. However, she quickly realized that she wanted to be a full-fledged designer.

Gloria continued to work for the contractor while taking classes. It took her five years to complete the program, but she also took almost every class the program had to offer and graduated with every certificate available at that time.

Upon completing the program, Gloria set off to become an independent interior designer. However, she quickly realized that this wasn’t the exact path for her. Finding clients and taking care of the business side took up too much time. She decided she would do better at a firm, and having worked for a contractor she knew she wanted to work for a design build firm — one where the company not only designs the new space but also executes the work.

She had one firm in mind — Harrell Remodeling, a high-end firm located in Palo Alto. Unfortunately, Gloria’s entry into the interior design field was right in the middle of the recession, and her dream firm was not hiring. So, she decided to work for a showroom, Gilmans Kitchen + Bath.

Gloria recounted how when she initially interviewed with Gilmans, the position actually went to someone else who had owned his own cabinetry business for years and had more experience in the field. However, a few months later, Gilmans called Gloria asking her to interview again. Their initial hire had been a dud; while he knew cabinets, he wasn’t a great people-person. And this is where Gloria shined.

Gloria worked for Gilmans for almost three years. But she still had the goal of working for a design build firm, so she kept her eyes open for opportunities. Eventually, the economy started turning around, and Harrell Remodeling was hiring again.

Gloria applied and secured an interviewed. It was a long process with many rounds of interviews and a portfolio review. Ultimately, the position went to someone else who had been an architect for 15 years.

Gloria was dejected and started to resign herself to the possibility that she would never achieve dream, that there would always be someone with more experience. But six months later, Harrell contacted her again about another designer position opening. Her personality had made an impression, and they were starting to rethink their hiring process to not just focus on experience.

And this time, she got the job! Six years later, she is now a senior designer with Harrell Remodeling. In fact, they call her the ‘rainmaker’ for how much business she secures.

She showed us pictures of her designs and the results were inspiring:

Learnings and next steps

Listening to Gloria’s story reconfirmed the importance of getting real-world experience while taking classes. When she completed her certificates, not only did she have the design knowledge and portfolio from class projects, but she also had experience on the project management and execution side (plus additional projects to add to her portfolio) through her work with the contractor.

Plus, her real-world experience helped her more quickly find the exact path that was right for her — working at a design build firm. I had already been considering trying to get an internship or part-time job with a designer or a firm in order to better understand the day-to-day, and I’m more determined than ever.

It was also reassuring to know that personality and people skills are just as important (if not more important) than design talent when it comes to succeeding in the field. And this is an area that I already feel pretty solid in. When I was in advertising sales, relationship-building and understanding my clients’ needs was my favorite part of the job.

And, of course, it was inspiring to see how successful Gloria has become and she was even older than I am when she got her start. It can often feel that it’s too late to make a major change, but Gloria is a prime example that hard work and determination can get you where you want to go, regardless of age.

I still haven’t given up on exploring the other career paths, but I do want to invest more time and energy into this field. 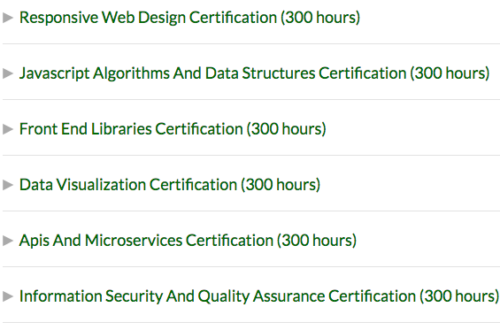 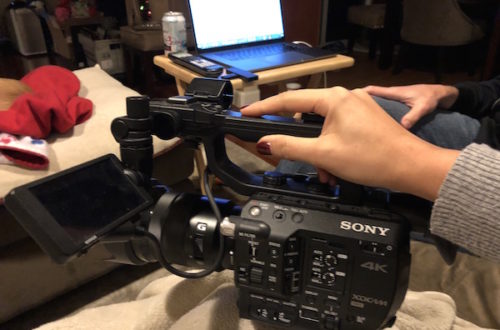