Tasi Alabastro is a San Jose based actor, gamer, designer, and filmmaker. I sat down with him last week to talk about his work as a content creator.

When people ask you “what does it mean to be a content creator?”, what do you tell them?

I’ll define it as: it means that I’m producing work that I’m interested in on any platform that I want. So, for example, if it’s live-streaming where I put on a show twice a week, pulling together communities from around the world who are also invested in me as a person because they find me (1) entertaining and (2) personable, then I build the content around that.

And content feels like a very loaded word. Like what’s content exactly, right? Content is whatever a viewer or a fan or someone who subscribes to you — it’s whatever they consume. Whatever they take in and find value in. You can make content that has zero value to one person but also has tremendous value to another person.

What’s been your history with content creation? Where did you start?

The first time I started really creating content was when I got into gaming. At the time — I think it was like 2000s — having online forums was a thing, and in the forums people had really distinct signatures, like graphic signatures. So, I used to take screenshots of conversations from the forum that, read out of context, were kinda funny. And I would make signatures based off of that. And eventually people would reach out to me, saying, “hey, can you photoshop my name and my avatar”. So I had to figure out how to do that. I learned how to do that. And that really created the fundamentals of my understanding of graphic design.

And what about acting and performing?

In 2003, I moved out to Hawaii, where my brother was living. And while I was there, I decided to take an acting class at the community college. First day of Acting 101, I was madly in love. It felt like the things that I was feeling at that time had a better way to access the surface than drawing. Nothing really resonated with me like standing in front of an audience and being really scared and not dying. It’s kinda why people like spicy food, right? Because they can go really hot but know they’re not going to die.

And eventually, I found a jazz club in Hawaii, and after some talk with the owner, they allowed me and my friends to do monologues right after the band had set up and they had like an hour and a half before people really started arriving. So, every Monday — Monday Night Monologues as we billed it — we would do that.

When did you start filmmaking?

I got into film because I answered a Craigslist ad from a guy named Richard Gali. We started doing a lot of short films together because we really vibed. So flash forward years later, we’re really good friends now, and we started a group to do 48-hour film festivals. I grew my network out that way, got to know more filmmakers, learned how to use a camera, and I started watching movies differently.

We won some awards, that was fun. And now Richard is in escrow on a house being paid for by a filmmaking background. In fact I have a vlog about it — he’s unboxing a RED camera. He’s just one of those people that just never stops and he has a partner, his wife, who absolutely believes in him.

That’s inspiring. Is that the kind of stuff that motivates you?

Yeah. You know, something I was talking to my girlfriend about the other night — she was like “I have no idea where these motivations come from.” I have had enough time now to think about where some of these motivations come from and for me, a huge jumping off point for actually doing things is if I ever find myself saying “Oh, I can do that” — like in a dismissive way — then, I go and do it.

Because I found that after I said it, I felt like that was really negative. Why am I dismissive of someone else’s creation when they put time and effort into creating what I am now seeing, even if I have a negative opinion about it? And so it put me in the mindset of: ok, let me do it. Let me attempt it. Let me finish it. Let me execute it to the completion. And then let me have an opinion about it based on my own work.

So, you do graphic design, theatre, videos, and on top of that you also stream on Twitch! When did that start?

The Twitch streaming started when I was watching a YouTube video and the guy said, “I’m going to start streaming on Twitch”. So, I clicked on the link and I saw — at the time — a very small directory of streamers, and I literally did say, “Oh, I can do that.” And so, I started streaming.

With content creation, there’s the other side: audience building and promotion. How much time does that take compared to creating content? And how do you tackle that?

So, if I spent 2 hours streaming, I would spend an hour outside of that making sure that whatever I was creating made it to Instagram and Facebook. I would download and cut clips, edit it.

And then it’s the relationship building that I think is probably the hardest and longest aspect of it.

Your latest project is this new vlog series. Can you walk me through a typical process of filming an episode of your vlog?

I have to think about what I’m doing for that day. I have to be ok with calling out the mundane things that happen in my life, while also being delusional enough to think that someone would be interested in watching this and really dig into what I think is valuable about that.

And then there’s the aspect of: “how do I present the things around me in a way that adds value to that community, too?”

So, I will generally start off with turning the camera on and talking to it. Which makes me think things like, “Oh I gotta adjust the lighting.” But I can’t be too nitpicky, otherwise it’ll be two hours later and I haven’t done anything.

At the end of the day, I will take all that footage and put it on my computer. I will organize it, and then I will start that timeline. I’ll trim all the video clips — all the things that I think are necessary to tell the story. Then I will line them up and make sure they look ok. Then I will go back and look for b-roll to fill in.

After I’m done editing and I’m happy with it, I will then find a minute within there, I’ll snip that out and I’ll export that along with the main video to use for promotion on social media. And at this point, I’ll also have a thumbnail picked out, too.

Through any of your content creation, has monetization ever been a consideration for you or something you’ve attempted?

I get paid on Twitch. The way it works is they give you a subscription button; people just click on that and then every month, if you hit a certain threshold, they’ll cut you a check.

For YouTube, I used to be monetized on my gaming channel by being on a network. But now, monetization on YouTube is a little different. You need to hit a certain threshold, which I’m not eligible for yet. You need 1,000 subscribers, I think, and like 10,000 hours of watch time from viewers. Once that hits, then I can actually apply for AdSense.

But that’s through that avenue. I’m also in the process now of exploring Amazon affiliate links, creating courses that people can purchase online, and Patreon. So, all of it. It’s all about stacking your different ways of making money.

The next big thing is expanding this network of local creators. I have a separate channel called Art Time Job, which is a hub of curated work from other channels — mine included. And I’ll have playlists. So you can watch the videos in the playlist from this hub but it’s the individual creator’s channel that will get the view.

There’s also Somewhere Street, which is the title of a project that’s yet to be cemented. It’s my way of amplifying the voices of the community that haven’t been heard or haven’t been represented in a way that is true to me as a creator and true to the people who are going to be in it. That’s the next big one. And that one requires me to hone my craft on camera but also my craft as a writer and also assemble a crew.

Lastly, are there any final tips you have for someone who wants to become a content creator? 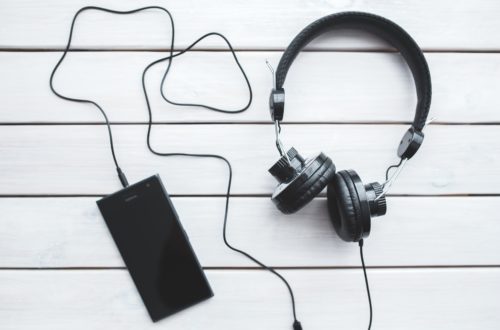 So You Want to Be a Podcast Producer
November 9, 2018
Unexpected Changes
May 17, 2019
Subscribe
1 Comment
Oldest
Newest Most Voted
Inline Feedbacks
View all comments

[…] much as I thought I would, but I did interview a few people. As you might remember, I sat down with Tasi Alabastro to talk about his work as a content creator. And I also talked to my husband, Ryan Lee Short, about […]