In this multi-week blog series, I will go through my journey starting a YouTube channel. Last week, I talked about planning my content, covering everything from deciding on a theme to writing my video scripts. This week, I’ll feature my filming process.

My goal for these initial videos was to keep things simple — from using equipment I already had to choosing a single set-up format. In my past attempts to launch a YouTube channel, I had filmed videos that required a lot of different camera set-ups and lots of equipment, requiring a long shoot day (or multiple days) for a single video and leaving me with little energy by the time I got to editing.

This time around, I decided to start pretty basic. Once I become more skilled at this basic set-up, I can explore more complicated videos.

As I mentioned, I was determined to work with what I already had. Moreover, I actually opted for simpler equipment than what was fully available to me, as it would streamline the process and make editing easier. The only equipment I used to film:

In order to keep filming relatively quick and simple, I planned for videos that would just require a single camera set-up — single-shot videos with me seated, looking at the camera.

I ended up setting up against my TV. This allowed for a couple of things:

I made sure my camera had the grid displayed and followed the ‘rule of thirds’, making sure the center of my eyes lined up in the top left intersection.

And interesting enough, I found that for the best look, I actually have to place the camera pretty high above my eye line. During filming, it seemed weird looking up into the camera so high, but on screen it looked great, with my eyes nice and open. I guess anyone who takes a lot of selfies could attest to the fact that shooting from above is the most flattering!

As I mentioned, for my first videos, I designed the shoot to just be a single take of the entire video. The idea was to keep editing pretty simple, just needing to cut out the beginning and the end.

I downloaded a teleprompter app on my iPad which uses voice recognition to advance the text so that I could have a reference for my script.

I ultimately decided to shoot some additional footage that I spliced in to give the video a little more personality. I kept the same camera set-up but did move the chair (and thus my position on screen) to provide more visual interest.

Throughout the process of filming these initial videos, I had a lot of great learnings and ideas to improve future shoots.

First, while I decided to use the back camera because it’s higher quality than the front-facing camera, that did make it hard to review footage in between takes. It was nearly impossible to review shots while the camera stayed in the tripod, which meant that whenever I wanted to check on a take, I had to remove the phone, look at the clip and then re-set up my shot (it was hard to not shift the tripod when taking the phone in and out of it).

Second, while my idea behind doing single-shot videos was to make the editing process easier, it made the filming process pretty difficult. With a single-shot video, if I messed up at any point, I had to stop and start from the beginning again. For subsequent videos, I decided to change the format to videos that splice together different clips, allowing me to work with alternate takes when I make a mistake.

Next, while the teleprompter app I used was pretty impressive, it ultimately didn’t work out for me. First, while it does use voice recognition to advance the script, large sections of my scripts are in Hawaiian, which the program doesn’t recognize and thus gets stuck. Secondly, it was impossible to find a good location to place my iPad where I could look at the script while keeping eye contact in the camera. I ended up having to reshoot my first two videos because I found it so distracting watching my eyes flit over to the side to look at the teleprompter. For future videos, I ended up memorizing the talking points rather than obsessing over following the exact script. Not only did this allow me to keep eye contact with the camera, but it also made the videos sound more natural and easy.

Finally, things are a lot harder when just filming by myself. While Ryan is able to help me a little with setting up the shot, I have to film alone, so Ryan can keep Artie quiet and entertained during the shoot.

As I film more and more videos, I’m sure I’ll continue to try out new techniques and, eventually, new equipment. I get more and more learnings every shoot!

Stay tuned next week when I review my editing process. 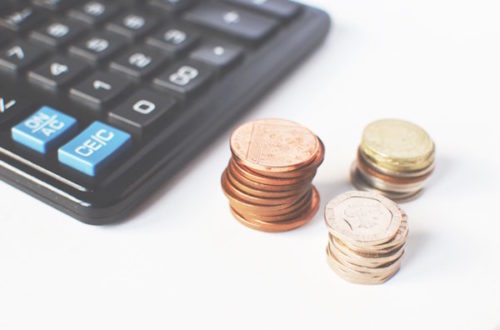 Don’t Give Up Before You Start
December 14, 2018
Subscribe
2 Comments
Oldest
Newest Most Voted
Inline Feedbacks
View all comments

[…] this week with a look at my editing process. If you missed my posts on planning my content and filming, check them out […]

Starting a YouTube Channel, Part 5: Promoting Your Video & Engaging With Your Community – Better Late Than ________.